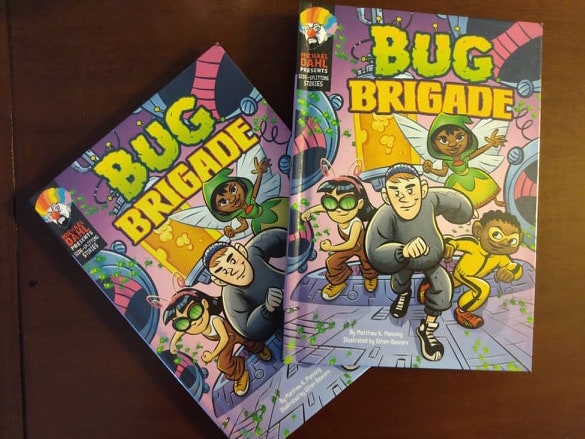 Have some little ones in need of some quarantine reading? Available online now (or at any bookstores offering curbside pickup!) is Bug Brigade, my newest chapter book. This book featuring illustrations by Ethen Beavers and is part of the Michael Dahl Presents assortment from Capstone.

Here's the official write-up from the good folks at Capstone:

They're the world's greatest heroes! The grim avengers of the night! The planet's first line of defense against supervillains and alien threats! They're . . . the Bug Brigade? Doug, Josie, Kira, and Reginald were all normal sixth graders at the start of their field trip to the Blue Mountain Science Museum. Proud members of the Bug Society of Littleton, the friends are thrilled to explore a private wing of the museum where they can learn all about their favorite insects. But when they get mixed up in a scientist's experiment involving radioactive bugs, they find themselves in over their heads (and antennas!). The Bug Brigade must swarm together to fight off an evil insect villain. Will their newfound buggy superpowers be up to the test?

You can catch the Bug Brigade in either softcover or a snazzy hardcover library binding here.

Looking for something with a little more rainbow zombie puke? (And really, aren't we all?) The two newest books in the six-volume Xander and the Rainbow-Barfing Unicorn series are still available. 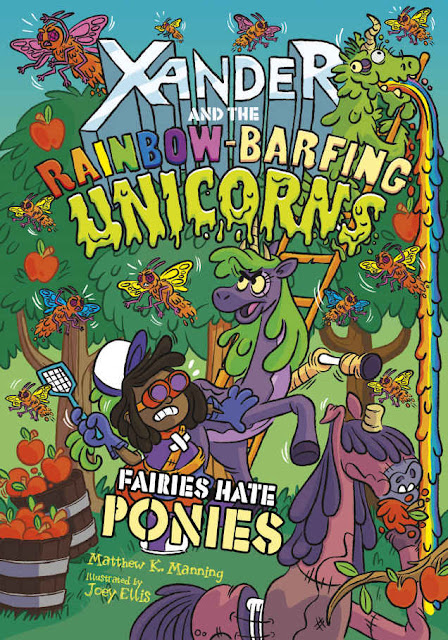 Fairies Hate Ponies and Who Turned Off the Colors? offer brand new adventures of everyone's favorite team of heroic Rainbow-Barfing Unicorns from the magical world of Pegasia. Each book in the Xander series features the work of illustrator Joey Ellis, and the books are designed to be read in any order. These two new additions to the series are also available on Kindle, so you don't even have to leave the couch. 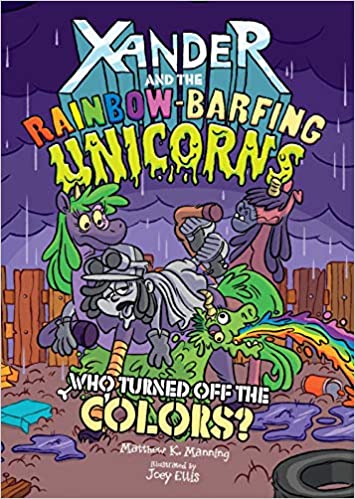 Of course, if you're looking for more details on the origin of these zombie ponies, then be sure to start at the first volume in the series Magic Smells Awful.