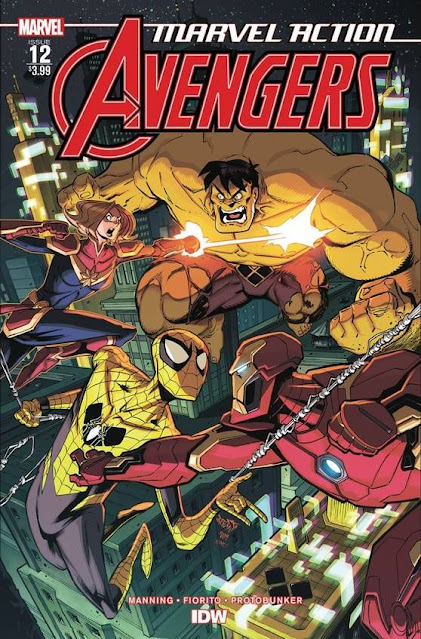 On Wednesday, December 30th, our final issue of Marvel Action: Avengers hits comic shops, and with it the conclusion to the story we've (sort of) been building for our twelve issue run. I say "sort of" because the truth of the matter is, when I started working on the book, I wasn't sure if I was just writing a single three-issue arc or if I was going to be the ongoing writer. As is often the case in this business, things were in flux for pretty much my entire stint on the title.

We had a major artistic shift when my first co-storyteller, Jon Sommariva, departed after six-issues to work on his incredible-looking creator-owned book Neverlanders with Tom Taylor. I'm super excited to read it -- and you should be, too! We then ran into some snags along the way with delays that were only enhanced by the pandemic. I actually turned in the script for this particular issue in August of 2019...

What were originally supposed to be self-contained arcs became interconnected storylines when I discovered I'd be on the book for the full year of its run. After our second story, "The Ruby Egress,"  editor Bobby Curnow encouraged me to go bigger than I had originally planned. It was great advice, and I'm very happy with how my scripts turned out, especially for the climactic final three issues.

We got to play in a crazy dystopia with a few of Marvel's finest characters, as well as with a few of Marvel's more obscure villains. We made some comic book website headlines with the introduction of the Yellow Hulk, and had our Avengers tackle everything from fantasy realms to alien invasions to industrial espionage.

Writing these twelve issues was tumultuous, exciting, fun, and a wonderful opportunity. I'm extremely grateful to Bobby Curnow, IDW, and Marvel for giving me so much time on the book. Thanks also go to artists Jon Sommariva, Marcio Fiorito and Nuno Plati, colorist Protobunker, letterer Christa Miesner, and assistant editor Megan Brown.

I've been bad at updating this site lately, as I've been under a few crazy deadlines as of late, but I expect to post more soon. In the works are some DC projects (including a newly updated DC Encyclopedia and Exploring Gotham City), an Image-related book I can't talk about quite yet, a few children's books, and a big Marvel project that has me plunging into a corner of the Marvel Universe that I've rarely gotten the chance to explore.

For those of you who have stuck with our Marvel Action title for the last few years, my thanks to you. For those who discovered it in trade, and who are anxiously awaiting Book 4, don't worry, it'll be out soon(ish).

So long, and thanks for all the fish. 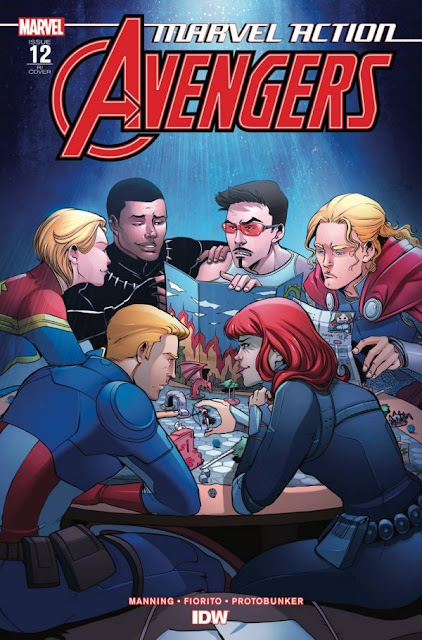